Written and directed by Nicholas Tana (and starring), 'Hell's Kitty' is a horror/comedy based on a web series of the same name based on "true-life" events about Nick, a Hollywood writer, whose love life is jeopardized by his hellacious cat named Angel. Nick's best friend and neighbor, Adam, (movie extra and slacker) is convinced that Angel is possessed. But Nick adores his cat and defends her despite all the obvious ominous warnings. There are other problems besides Nick's possessed cat. Nick never gets any sleep because the downstairs neighbor, a nameless recluse and horror movie makeup artist, stays up all night making strange noises, and leaving traces of blood in the hallway. Worse, Angel scratched his neighbor, Lisa, a girl Nick once dated, and Lisa is threatening to sue. But as strange supernatural events take place, and people start disappearing, Nick must do something to prevent further cat-astrophes before his life becomes a living hell. Admittedly I know nothing about the series, but, I'm pretty sure this soon to be released film is a culmination of the series in a cohesive storyline. Which is just fine with me since it means I'm experiencing the entire thing for the first time, as it was likely meant to be, and will be for you.

'Hell's Kitty' is an original and hilarious love letter to horror films. It features cameos, nightmare sequence homages to the classics, and a possessed cat. Even the characters names draw from beloved horror features from Father Damien to Rosemary Carrie. Scenes include well-placed objects like Stephen King novels and more importantly, 'Hell's Kitty' is a who's who of horror movie icons old and new. It's a plethora of anybody who's anyone in horror royalty. We've got the incredible Doug Jones (Pan's Labyrinth, The Shape of Water), Michael Berryman (The Hills Have Eyes), Courtney Gains and John Franklin (Children of the Corn's Moridicia and Isaac, as... well, Mordicia and Isaac), Dale Midkiff (Pet Cemetary), Kelli Maroney (Night of the Comet), reigning scream queen and succubus Victoria De Mare (Killjoy), Lynn Lowry (Shivers, Cat People), Chanel Ryan (Bad Kids Go to Hell, Circus of the Dead), Adrienne Barbeau (The Fog, Creepshow), and our beloved Master of Creeps Bill Oberst Jr (Circus of the Dead, Abraham Lincoln Vs Zombies), just to name a few. Believe me, that is just a few. Even a Killer Klown shows up to get its ass kicked by the demon kitty.

Now I'm definitely not going to say that 'Hell's Kitty' is brilliant in any way. But it is everything you could possibly love and hate about a B-horror comedy. You'll love mining the film for popular horror references. Between all the blatantly placed callbacks ('The Shining', 'Children of the Corn', and 'The Exorcist' just to name a few) and all the well-placed items in a scene, or even cleverly placed lines in dialogue, there is a lot of horror nostalgia to look for. You'll also love the cameos that not only strengthen the homages but humorously play on what we think we know about these characters based on their iconic roles. My favorite is when Michael Berryman, a very scary looking guy who (if you follow him at all on social media, is really pussy cat) first pops into a room to a startled Nick and says "Do I scare you?" Bill (Oberst Jr.) as a creepy vicar is, as always, briliantly portrayed. Also, Doug Jones possessed by a cat demon is horror comedy gold. How's that for a tease?

As for what's possible to hate about 'Hell's Kitty" keep in mind that I mean it in the "you gotta love it anyway" way. So, of course, there are some quirky and or ridiculous aspects of the film. One of them is the slightly disjointed clipping together of the webisodes into the storyline. It's kind of fun although slightly annoying. The plot itself is amazingly goofy. Again, you gotta love it despite that. I mean who hasn't thought that cats are possessed by a demon? I'm pretty sure all of mine are despite being just as cute as Angel. Now Nick's relationship with his cat is very creepy. But all that makes sense once the mystery of the demon unfolds, and who can't appreciate the idea that a house cat could shred someone she doesn't like to bloody ribbons. Finally, when Dale Midkiff finally makes his appearance it will blow your mind. Just sayin'.

Ahead of the March digital and DVD release of the feature film, the filmmakers behind 'Hell’s Kitty have produced a hilarious video for their original song CHAINSAW KITTY. The CHAINSAW KITTY music video was meant to reflect the often schizophrenic personality of the movie’s central antagonist and is currently available on Amazon and Spotify; soon to be available on iTunes.

To kick off the movie release and to share their love for cats, the creators behind the film teamed with HOLLYSHORTS MONTHLY SCREENINGS and the TLC CHINESE THEATER recently hosted a premiere at the legendary theatre to raise money for FixNation.org. FixNation provides a free, full-time spay/neuter clinic with two full-time veterinarians capable of sterilizing as many as 100 cats per day. They also help hundreds of cats find suitable homes. For more info on the cause click here.

Finally, when you get your hands on 'Hell's Kitty' be sure to have the bar stocked for a ‘Drinking Game’ from Doug Jones where you have to chug a beer when someone screams in the movie, Angel the cat scratches someone or you spot one of the many horror icons in the movie (be it Doug Jones, Adrienne Barbeau, Dale Midkiff, Michael Berryman et al). See the infographic for the rules and good luck! 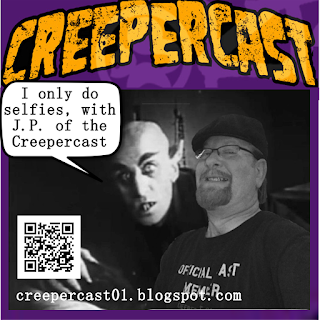